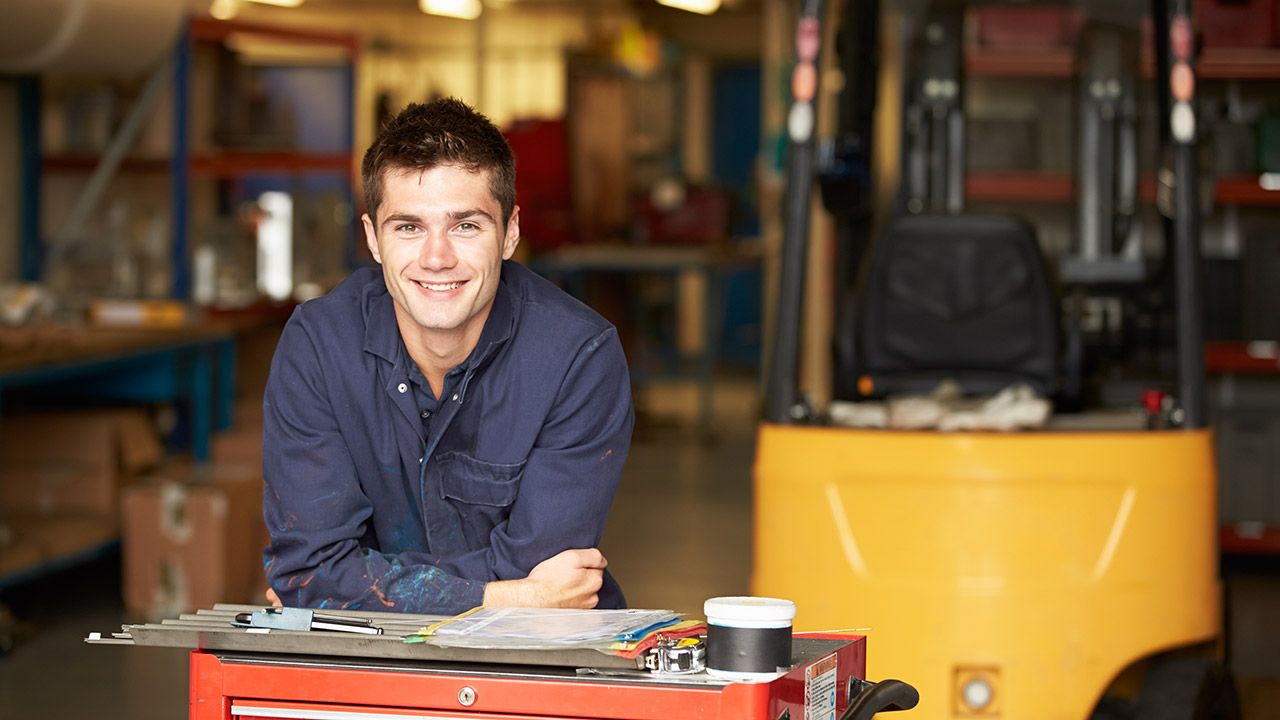 Written by David Nunnery on May 20, 2018. Posted in Newsletters.

“Those two pioneers of civilization-Christianity and commerce-should ever be inseparable” (David Livingston).

In Acts 18, Paul enters Corinth from Athens and heads into the marketplace. As he entered the city, he must have felt a twinge of entrepreneurial excitement because he would have noticed a need—not just a spiritual need but a physical need.   The city was full of travelers.   Whether Roman soldiers, merchants, mobs following the games, or simple travelers, Paul must have been faced with a city of tents.  Corinth was populated with settlers in permanent houses but there was also a large transient population that would swell the city to large numbers.  Paul was in Corinth for 18 months which means that he would have been present during at least one of the Isthmian Games.  The Isthmian Games were held at nearby Isthmia, which was a city that existed only for the games.  Second only to the Olympic Games among the four great PanHellenic games, the Isthmian Games were held twice as often as the others—every two years.  Another festival, the Caesarean Games, was held concurrently with every other occurrence of the Isthmian Games at a harbor town near Corinth—every four years—so some years Corinth would have witnessed especially large crowds from both events.

Every other year throngs of people from all over the Roman Empire flocked to Isthmia, either to participate in or to watch the competitions.  Isthmia has been excavated on and off for the last 100 years and even with regular diggings the archaeologists could find no trace of permanent accommodations for the crowds attending the games as early as the First Century.  Faced with the choice of either having to walk several miles a day to witness the events or pitching a tent, hundreds, if not thousands, would prefer the tents.  All of this activity around the games was in addition to the military traffic of the Romans and merchant traffic connected to the Diolkos Road that ran across the isthmus Corinth sat upon.  In other words, Corinth may have been the best place in the Mediterranean world for Aquila, Priscilla, and Paul to work as tentmakers.  The need would have been staggering during the games as people brought in tents to be mended and wealthy travelers purchased new tents.  Paul and his colleagues may have worked for a year before the games building up inventory for spectators following the games.  It took at least 10 weeks for a single worker to fashion a leather tent.

Most of the cities Paul visited were on well-travelled merchant routes and roads. The physical need of many to have temporary dwellings such as tents would have been obvious to him.  His trade was a needed service in Corinth and the transient populations of the other Roman Empire cities, and therefore, it was his entry point into the marketplace to reach the city.  The fact that in each of the large cities Paul visited there was an enormous and regular need for artisans to mend and make tents was not mere coincidence.  Early on, Paul must have recognized the match between his skill and the cities he wanted to visit, and this must have been exciting for him.  Paul was trained in a skill in which there was a great need in the urban centers he visited.  The need for that skill was integral to his ministry and the strategy he used to plant reproducing, self-supporting churches.

The value of a particular service to a community is measured by the service’s ability to demand cost plus rates and/or market wages.  In other words, you can live off the wages in that community or a business can grow and thrive from the rates for the service.  A cost plus rate for a business covers expenses plus extra for the business to grow.  This is by local standards for the community we are in, not necessarily by our Western standards which in some communities may seem quite affluent.  Paul may have been earning a market wage similar to other tentmakers.  Most artisans in the 1st Century were known to work all day to secure a wage to provide simply their daily needs.  Therefore, we should determine a service or products need in a community by the ability to live on the wage not necessarily its ability to make you affluent.  Although a living wage indicates a physical need in a community, the wage is not the only consideration. As Richard Steele describes as our motive for working:

…Since we’ve been designed to be mutually dependent on each other for our needs here on earth, by God’s providence, both reason and religion require us to be employed in ways that benefit one another. Indeed, much of the beauty and excellence of the Christian life consists of this mutual dependency and benefit, using principles of wisdom, goodness, justice, and integrity toward one another. [1]

There is a mutual benefit to the trades represented in a community.  By providing a needed service we glorify God and exemplify his grace and goodness, meaning we model Christ. Through providing a needed service, we shed the image of intruder and stand upon a powerful platform for sharing the Gospel.  If your service or trade has no value, then your platform quickly crumbles.  If Paul’s skill was not needed in the communities and cities he visited, his platform to be an example, a credible witness, and to build relationships would all have broken down.

We must recognize that if we are called to a community as a Tentmaker—worker or business owner—there is a hole in that community when we are absent. God endows each of us with abilities that are suitable to the employment that God has for us, and also consistent with circumstances. He will work all out to His perfect will and timing. Your skill will be needed in the community, and in our obedience, others recognize God’s purpose in us being there. Over time, he has placed you in situations to develop the skill set “for such a time as this” (Es. 4:14).  As Dorothy Sayers states:

…Work is not, primarily, a thing one does to live, but the thing one lives to do. It is, or it should be, the full expression of the worker’s faculties, the thing in which he finds spiritual, mental, and bodily satisfaction, and the medium in which he offers himself to God. [2]

God gives us our abilities and skills to bless mankind and to be useful vessels in His service in spreading His fame.  Therefore, providing a need in a community is a matter of obedience, and our suggestion is that before making a decision about working a job long-term in a community as a Tentmaker you need to visit the community. How can you discern a need if you do not visit the community?  Secondly, it is important that you or your company is paid for your service or product.  Remember, the existence of a marketplace and access to the marketplace are defining qualities of Tentmaking as a missions strategy.  If you do not have access to a marketplace or if a marketplace does not exist, you may be doing missions, but not Tentmaking.

A Tentmaker provides a service or product to a community that is needed and has a value. People are willing to pay you or your company a fee equal to a living wage in the community or a cost-plus rate for the company.

We will be taking Sunday off.  Therefore, the next installment of the Introduction to Biblical Tentmaking series will come day after tomorrow.  Thank you for you interest and attention to this important subject.

[2]Sayers, Dorothy, Why Work? Originally published in 1940. As found at http://faith-at-work.net/Docs/WhyWork.pdf

[1]Caldwell, Richard, Richard Steele’s The Religious Tradesman, (Vision Harvest: Haymarket, VA., 2005) p. 13. This book is a modern English version of an essay from the mid-1700s.